Don't just vote for Europe. Vote for your Europe.

Every vote counts: After running the initiative for the German federal election last year, ProSiebenSat.1 launched the “Geh Wählen!” (Go vote!) campaign in May 2019 encouraging participation in the European Parliament election. Featuring famous faces from its stations as well as influencers, the call to action prompted notably the younger generation to exercise their right to vote. The campaign centered on “Go vote!” commercials on the Group’s entertainment platforms and was flanked by extensive reporting in magazines, news and information formats in the run-up to the election.

What would happen if the EU no longer existed? What impact would that have on our daily lives?

Europe in 2019. The European Union no longer exists. The euro as a common currency is history. For Germany, that means a return to the Deutsche Mark. The result? Massive price increases for German products with severe consequences for exports and consequently our economy. Paychecks are shrinking, employees lose their jobs. The unemployment rate rises rapidly. Trading relations are also exacerbated. Without EU support, Germany is far less influential in the world. A trip to the supermarket comes as a shock. Although paychecks are shrinking, the prices of local foodstuffs are exploding because it is much harder for seasonal workers from other former EU countries to get permission to work in Germany. And then there are the long traffic jams at the re-established borders since the Schengen Agreement is no longer valid. Add to that the return of roaming fees for mobile usage abroad pushing phone bills sky high. And just the logistics of organizing a vacation are a headache. Jumping on an Irish air shuttle to get from Germany to Spain is a thing of the past. Airlines are only allowed to depart from their home countries.

This frightening fictional but realistically presented scenario was conceived by the ProSieben science magazine “Galileo” to illustrate how the economic and political fallout of leaving the EU might be felt in individuals’ daily lives. The report formed part of a broader information campaign that ProSiebenSat.1 aired on the Group’s stations in the run-up to the European Parliament election on May 26, 2019. “Go vote” was the unmistakable call to action. Conrad Albert, Deputy CEO and Group General Counsel of ProSiebenSat.1, summed up the initiative: “As a private media company, we consider it our mission to strengthen democracy and help people form opinions. That’s why we at ProSiebenSat.1 leverage the collective clout of our entertainment platforms to provide young people with information on all channels and call on them to vote. Our future and our Europe are at stake. Now we all have the chance to stand up for freedom, democracy and tolerance.” 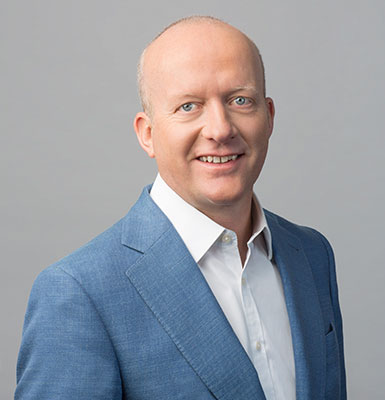 As a private media company, we consider it our mission to strengthen democracy and help people form opinions.

The “Go vote!” commercials that ran on the Group’s entertainment platforms formed the core of the campaign. Plus, in the week preceding the election, various formats on the ProSiebenSat.1 Group channels, such as “taff,” the SAT.1 breakfast show and the aforementioned “Galileo” provided comprehensive information focusing on Europe. Additionally, high-profile influencers from the Studio71 Network highlighted the campaign on Instagram. In this way, ProSiebenSat.1 actively spurred an increase in voter turnout – especially among its young target group. And the campaign certainly made an impact. With its programming around the election, ProSiebenSat.1 reached over eleven million people through traditional TV alone – among them just under three million young and, above all, first-time voters under the age of 29. Dr. Edmund Stoiber, former Minister President of the state of Bavaria and Chairman of the Advisory Board of ProSiebenSat.1, said, “The young people of today shape our Europe of tomorrow. That’s why it is so vital for us to seize every opportunity to explain what a meaningful role Europe plays in the life of each and every one of us.”

In view of the dismally low turnout in 2014 – only 48.1 percent of eligible Germans made their way to the polls at the time – advocating for citizens to exercise their right to vote was imperative. The aim was to do better than that. At 6pm on May 26, 2019 the results were official: 61.4 percent of German voters had cast their ballots. It was the best turnout in 25 years and a huge win for democracy – and a united Europe.